So yes, it was a getaway, as we only went for three days.

It’s a small, seasonal town found in Western Georgia, 161 km away from the capital, Tbilisi. Apparently, we arrived off-season as most of the stores were closed. We stayed in Crowne Plaza Borjomi for three days, which was quite expensive considering that there were many hostels in town. However, since I knew that many sites would be closed, my husband and I opted for a place where the plus threes can swim in an indoor pool. Anyway, if you do opt for this hotel, be ready to splurge as it is on the expensive side. It had a spa, two restaurants, a lobby bar, and a wine bar. Yes, I am definitely still in Georgia.

Anyway, the staff was nice enough to book us two connecting rooms: one room with a king-sized bed, and another with twin beds. It didn’t have a tub, only a shower and bath. The toiletries were a-plenty. Beds were very comfortable. Staff is well-trained and speak above-average English. Our room rates included breakfast, which was buffet. They also had dinner buffets for 45 GEL/adult (about 20 USD as of posting).

One of the good things about this hotel is that you’re close to Borjomi National Park. Entrance is 2 GEL per person (small children get in for free). Here you can walk around and take a look at the natural spring “Ekaterina”. Apparently, the town was discovered by the Russian military in the 1800s. One of the viceroys daughter was sick (or sickly) and had respiratory problems. When the soldiers tasted the water from the spring, they said it was great-tasting (paraphrasing here) and their tummy aches were gone! The viceroy then gave water to his daughter from this spring and got well quickly. Hence, the beginning of Borjomi water. The original building for bottling is found inside the park. There are actually still taps around the park where you can drink water.

How Did We Get Here?

Since I was feeling a bit intrepid, we rented a car from Cars 4 Rent, a local company found in Tbilisi. I got a cute, pearl white Pajero IO that sits five. Don’t rent this if all people riding are adults as the leg space in the back seat is begging for more! It was a nice car to rent for the family. To rent is pretty straightforward. We paid 220 GEL (90 USD) for this car, which wasn’t bad. The car was a good choice as we had off-road tires. We didn’t go off-road, but the roads in Borjomi were not good either. The company has a Facebook page, which you can send a private message through messenger. Just make sure you return the car at the exact time you said you would as the person who was supposed to meet us wasn’t there because we arrived a bit early.

Other means of transportation to Borjomi is via train (very slow, like five hours slow, but scenic) or marshrutka (about 10 GEL per seat). Digress, but relevant side story: We went to a neighboring town a few weeks ago and rode the marshrutka. Boy, was I an unhappy camper! I don’t get car sick, but I did get sick when I rode one. The marshrutka we rode had uncomfortable seats and made me really queasy with the driver’s uneasy driving skills. The roads were winding, which didn’t help. Hence, the decision to drive.

The drive wasn’t difficult from Tbilisi. Google Drive is our friend! It took me about two and a half hours to drive as it was my first time. The E60 highway was a great highway to drive on as the roads were wide and there wasn’t any traffic. It’s only when you get to Tbilisi where the traffic gets horrible.

So, if you want to go to Borjomi, try and visit other places along the way as this town isn’t enough to visit on its own. 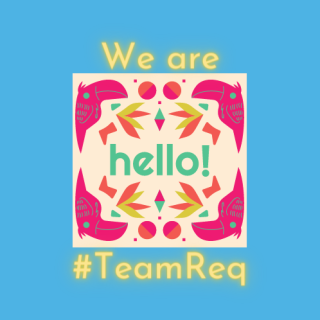 WPC: Atop – from a neighborhood behind Buda Castle